Here are six ways that you can save money every day simply by avoiding extra charges that you really shouldn't be paying.

It's all about making sure to keep your eyes wide open...

Just because a supermarket is shouting from the rooftops about its latest offers and deals doesn't mean you should rush out in the hope of picking up a bargain. Pay attention to labels when shopping and compare prices of different quantities of the same product, you may find two smaller quantities are cheaper to buy than the larger one. 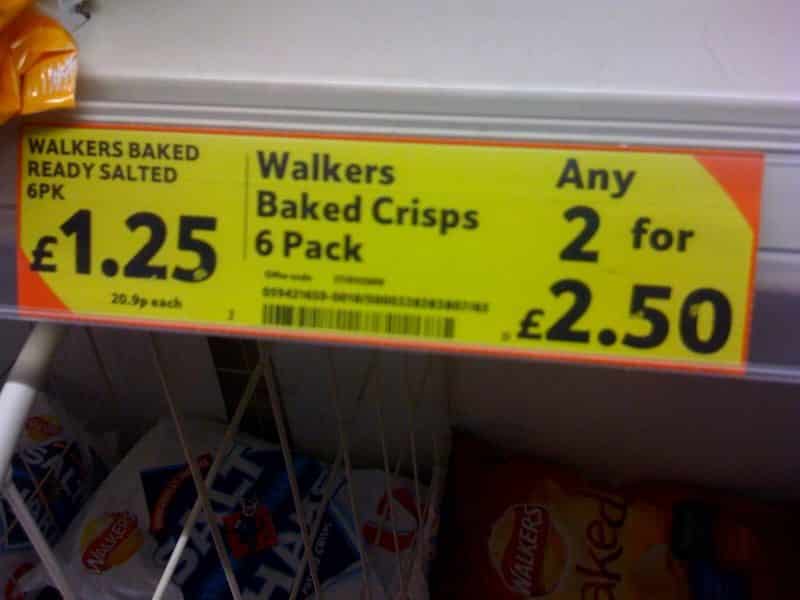 Pound stores can be the place to pick up bargains, but not every deal is as good as it seems. From toilet roll to cling film, soups to drink, you may be getting less of it from a budget shop.

For example, Poundland (at time of writing) is selling cans of cream of chicken soup at 2 for £1 which works out at the same price as ASDA's four-pack for £2 - however Asda's cans are 400g each whereas Poundland's are only 290g.

Whether it's DVD rentals (assuming the likes of Blockbuster are still going when you read this), credit card payments or utility bills: Avoid extra charges by making sure you pay on time, and perhaps even interest on top of what you've failed to pay.

Setting up standing orders or direct debits will help you make sure your bills are paid on time (subject to funds) and sometimes will get you a cheaper deal too.

Keep an eye on those restaurant bills to avoid double tipping: Some places may include service charges automatically, while more unscrupulous eateries may even try to trick you into doubling your tip with sneaky tricks, often aimed at tourists or other 'vulnerable' groups.

Some cash points will charge over £2 for you to withdraw your own cash and frankly it's quite disgusting. Avoid charging ATMs as a matter of principle, especially as there will almost always be a free one within walking distance. Supermarkets, shopping centres and garages usually provide free ATM services.

Avoid paying with credit cards where possible when a charge applies, typically when buying at budget brands such as hotels and airlines. Debit cards generally will have a smaller or no fee at all, while cash is often best when popping into your local convenience store or off license who may have a surcharge for small amounts when paying with plastic.

Cinema's charge extortionate prices for their food and make huge profits on the likes of popcorn which costs just pence to produce. Bring snacks from home or buy them at a supermarket on the way and smuggle them in!